Epidemiological and Clinical Aspects of Scorpion Envenomation in Machacalis, Minas Gerais, Brazil, from 2016 to 2017

Scorpion envenomation is a serious public health problem in tropical regions due to its high frequency and severity. This research aimed to estimate the prevalence of human cases of scorpion stings reported at Cura D’ars Hospital, Machacalis, Brazil, between 2016 and 2017, in addition to identifying the epidemiological and clinical aspects. This was a descriptive and retrospective study, using the database of the Information System for Notifiable Diseases in Brazil as a reference. Of the five municipalities evaluated, Machacalis had the highest number of cases, although Bertópolis recorded the highest prevalence. A total of 84 cases of scorpion stings were identified, corresponding to 91% of all cases of involvement with poisonous animals. Regarding the sociodemographic profile, the proportion was higher in males (52.0%), people with brown skin (67.0%), people aged 7–14 years (26.0%), and people from rural areas (68.0%). Regarding the epidemiological characteristics, 50.0% of the individuals were assisted between 1 and 3 h after the sting. The main anatomical region affected was the hand (26.0%), and 30.0% used specific serotherapy. For cases classified clinically according to severity, 70.2% were mild, 21.5% moderate, and 8.3% severe. The study allowed us to establish the profile of the victims of scorpion envenomation treated in this area of hospital coverage, as well as to evaluate the approach of the health teams in response to the demand that this neglected condition imposes. 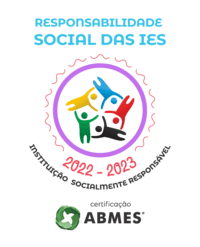